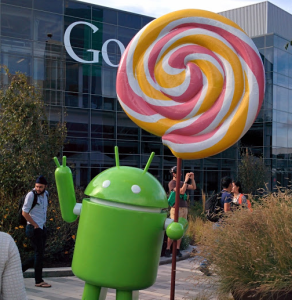 Android 5.0 (Lollipop) isn’t even available for most Android phones yet, but Google may already be working on an update for the software.

A new version of Android called 5.1 is reportedly coming in February, according to the blog “Android Pit“

The blog claims to have spoken with two “trusted sources” familiar with the situation.

Based on the reported list of new features coming in the update, it sounds like some minor improvements and bug fixes are coming.

One notable fix, for example, seems to be the addition of a silent mode to Lollipop.

When Android 5.0 was initially released in November, users complained about the lack of a “silent mode” for notifications. Rather, users can choose from three options when it comes to notifications: None, Priority, or All.

“None” keeps your phone entirely silent, which also means your screen doesn’t light up when you get a text or notification. “Priority” mode silences almost everything except for alarms, and only allows notifications from certain designated contacts to come through. And “All”, as you can imagine, just allows all notifications to come through normally with sound.

Here’s a list of features and bug fixes that will supposedly come with Android 5.1.

Keep Following closely as we will update you on any Android 5.1 rumors and News

Android wear gets updated to Lollipop

Android Wear has been updated to Android version 5.0.1 today with some nice to features to boot. Some of the most notable are the recent apps menu and the Silence pull down now also has theater mode, sunlight mode, and settings. This is a nice set of new features. Lastly you also get a chance to cancel the swipe away notification if you swiped it away and didnt mean to. Below you will see and video on these new features on my Moto 360 check it out 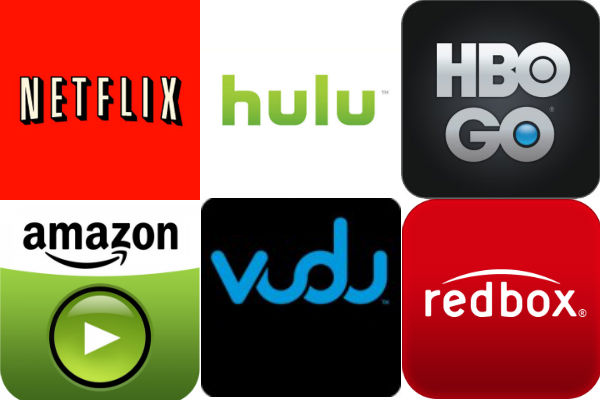 When I say mobile entertainment you might not think of home tv, but those lines have blurred into one seamless line. Now that smart tvs and streaming devices are cheaply available, apps that we used to use on our phones, tablets and even pcs to kill time or even entertain ourselves during a long commutes are now invading our livingrooms, making cable and satellite television obsolete. Especially now that public television’s broadcasted in Digital HD with a standard tv antenna. Most television broadcasting companies are available for mobile streaming via apps or web browser. Making it possible to watch your local news or public channels on the go or on your home tv with a streaming device or a smart tv.

Apps like HBO GO and Hulu easily replace cable and television provided services. Without a required cable subscription for HBO GO you can just pay and play. Amazon Prime has movies, tv, and even now HBO content for a reasonable once a year fee that included free 2-day shipping and their newest feature unlimited photo storage. Netflix is nice for binge watching seasons of your favorite tv shows provided by cable networks like Cartoon NetWork, Discovery and SyFy channel. Plex is another great app for streaming media that you yourself provide via download. To download movies and tv shows I use a torrent based website called Kat.ph. When using a torrent based download client you need a bittorrent program to piece the bits of the torrents together. Plex also has plugins for other apps such as, TBS, Team Coco, and so much more, that can be used with in plex for streaming.

If you have a cable provider using mobile streaming apps like fios mobile and xfinity to go as well as their affiliate channel’s apps like cartoon network, Discovery and SyFy is as simple as downloading the particular app and logging in using your cable sign in information, same credentials you would use to log in and view or pay your bill. Since you’re paying for a cable service and that service comes with those channels you might as well use them by adding as many that are offered to the list of mobile streaming apps you use. Channel surfing is a dying sport played from the couch, it has evolved into something so much more than that. With the option to watch nearly anything you want easily provided and supplied to your device of choice, looking for something to watch is unnecessary, just search for what you want and watch or a genre to suit the mood and watch what you want not what’s provided at that moment in time unlike live television. Not having a cable provider makes this a little harder and more complicated but not impossible, just have to find someone who does and offer them a trade worth while, for example, I pay for Amazon Prime and I trade that for someones comcast information that I use for its mobile hotspot as well as its streaming. I also barder my Amazon Prime to friends and family for their Netflix, Hulu and HBO GO, making a streaming community or network out of sharing and if someone misses one bill the community can all pitch in and keep out network going strong. 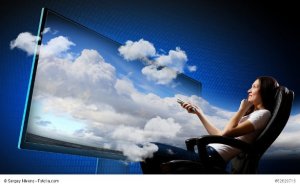 Using only a cell phone as a means for TV entertainment is possible with micro hdmi or mhl, but thats no longer necessary thanks to streaming devices and smart tvs. Before having a Chromecast I would just use my phone or tablet and an MHL to HDMI cable. The convenience of using a streaming device rather than hard wiring your phone or tablet is worth the $34.99 for the Chromecast. You can spend upward of $99.99 for a streaming device such as the Amazon Fire TV which has a separately sold gamepad for Android gaming. Fire TV does come with a remote and does not require an Android device to function, unlike the Chromecast which does require an Android device to function. There are two ways to use Chromecast one is as a casting device, using your phone tablet or web browser to cast content from Netflix or ect, and you can use your device for other thing while the casting takes place. The other way you can use a Chromecast is for mirroring, meaning everything thats displayed on your phone happens live on the tv, so if you’re mirroring a video from your gallery or mirroring a game, from phone or even web browser, you can not use the device for anything other than what you are trying to mirror. The Fire TV can not mirror but it also doesn’t require anything but its supplied remote or gamepad depending on what your trying to do. Others like the Ruku and Nexus player are also awesome choices for streaming devices, but before you go and invest in one make sure it offers what you are looking for. To each their own.