What is Android Kanging or to Kang a rom, theme, or mod? Lets start with a Android definition of Kanging: To have one’s developer code and work taken, manipulated, rebranded, and re-released by someone else with no credit given. In no way is this illegal or even stealing because android is open source and cant be sold. Open source is awesome :D. This practice of Kanging someones work is done quite often and is very much frowned upon by all in the Android Community. It is basically a slap in the face to the developer that originally created it. It steals the Glory and praise from the creator of the code and the coppier takes credit instead. I think many times the Kanger knows he is copping someones work but doesnt even remember or know whos it is and is just lazy or forgets to credit the right people. There is so much android code and awesomeness floating around the internet some new developers dont even know who to credit.

So really to avoid being a kanger it is simple.

1. Find out whos code you are using in your rom and credit the right person

On that note please go make the best and most amazing rom you can with as much cool code from anywhere you can find it. Us in the Android community love the work of all developers and making one awesome rom is the best.  But remember that Kanging has a bad connotation if not giving credit where credits due.

If you have Superuser in your rom then Koush would be the guy.

really its pretty simple so lets give credit where credit is due.

Below is picture of Android Open Kang Project or AOKP which is a example of a Good Kang Rom. rhis rom takes lots of code and puts it all together to make one awesome rom but give credit to the right developers in doing it. 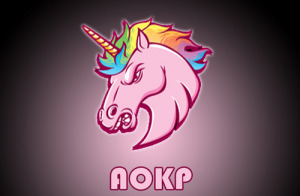