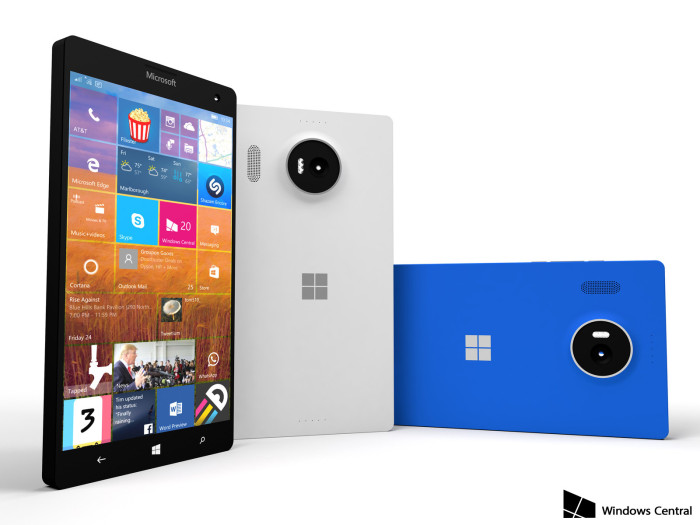 “We see our opportunity with Lumia as we once looked at the Surface, to reinvent the category and make people more productive in new ways.” These are the bold words form Terry Myerson, spoken at the Microsoft on October 6, 2015. The event was done well and there were more than a few things to be excited about but will the new Lumia reinvent the category like the Surface did? Currently it is hard to find a PC manufacturer that does not have its own 2 in 1 tablet/laptop convertible. Will the new Lumia inspire new hardware as the ground braking Surface?  Let’s have a closer look.
There were three phones introduced but I would like to focus on the 950 and 950XL; essentially the same phone but for the processor and size.  The 950 covers 5.2″ and the XL variant will take up 5.7″ of your pocket. I will get to the processor in a minute.   First let us look at the hardware as they introduced it earlier today.
Adaptive antenna technology seemed like it was introduced only to allow Panos Panay the ability to say “No matter where you hold it”; a cheap but funny jab at Apple’s “you are holding it wrong”. Not sure it was meant that way but I am happy to pretend it was. 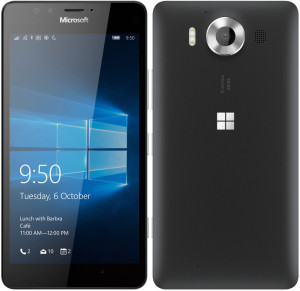 e next thing discussed was the processors referred to as a Hexa-core and Octa-core processes. This is where things get a little interesting.  Microsoft initially listed the processors as Hexa-core ARM Cortex-A57 and ARM Cortex-A53 processors for the 950 and Octa-core ARM Cortex-A57 and ARM Cortex-A53 processors for the 950XL. Some of you may know these as the Snapdragon 808, and 810 respectively. The 950XL even has a contained water cooling system. I have to admit water cooling on a phone sounds cool but really, is that the best thing to do? Seem like a lot of engineering effort to work around the 810’s over stated heating issue. Although I understand why they may have wanted to stay way form referencing their processors the same way android phones do, it still did not sit well with me. Microsoft has a lot riding on these phones and the last thing they want is to have their product viewed as a lame alternative to an android device. So i understand avoiding the Snapdragon 810 name during the press release.   Still i would have respected them much more if they had the guts to say the phone runs a liquid cooled, fire breathing, SnapDragon 810 and screw you if you can handle it.  If you view their webpage now the processor is listed as the Qualcomm Snapdragon 810, in the Tech Specs area.  Good for you Microsoft. You came clean in the end.
Lumias have always tried for a good camera experience and I think that they do the job well. Apple has lead the market in overall quality and ease of use when it comes to cameras and camera apps but that is changing. Yes the LG G4 and Galaxy S6 are at least at the same level as Apple and many say superior but before they hit the seen we had the Lumia1520 to challenge the might fruit. It will be hard to judge this new camera until we can put it to use but it comes from good stock. I have faith that it will be a better than average experience.

Charging will be a quick. Half an hour for 50% battery life and that will be done with a usb-c cable. These items and the points above all lead to a good phone. But is it reinventing the category? Is this Lumia the next surface, ready to spawn a dozen copy cats? The short answer is, no. It looks like a really good phone with some neat features but that is just not enough to have people change their minds about the Lumia phones.

Add in the Display Dock and it just may be enough.

The Display Dock was introduced by Brian Ropert. It is a very cool accessory to the Lumia phones and something that just may change the minds of some u

sers. This actually may reinvent the category. The Display Dock works with the Lumia phones and Windows Continuum for phones to create PC “like” productivity.  Not all of us work in the Microsoft Office world but many of us do. For those of us that do, this could really change what we do with our phones. I am impressed but hesitant. All things look good on a demo but if this works as advertised, it will change things. The really key here is phones for work.  Many of us have work issued devices, from laptops to phones.  If you where the buying your employee an phone for work, after seeing this demo, what phone would you pick?  The phone that can has Instagram or the one that can modify a PowerPoint with ease?  After a close look at these phones there is still one question that needs answering. It’s not about the processors or its incognito introduction. The question does not concern the camera or its low light performance. I don’t even want to ask about quick charging or usb-c data transfer rates

The one question is ….. can you root this thing? 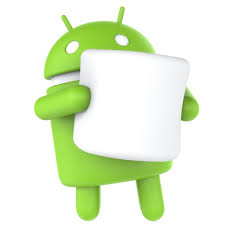 I will be watching this live event and hanging out on twitter to so come and hangout with me and we can chat about the event and new devices being announced. From what i have ready we should see a Huawei Nexus 6P, LG Nexus 5X, chromecast 2nd gen, chromecast audio device and Android 6.0 Marshmallow. All in all it should be a really fun show. 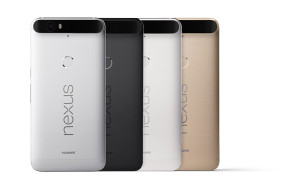 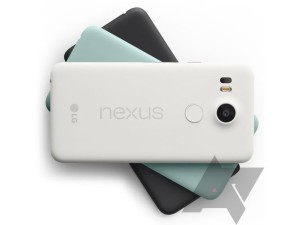 March 1st is the beginning of smartphone announcement season! We’re all very excited at RootJunky and there’s been plenty of rumors floating around getting everyone salivating with anticipation.  Both Samsung and HTC have events tomorrow morning at Mobile World Congress (MWC) in Barcelona, Spain and both will be live-streaming their events!