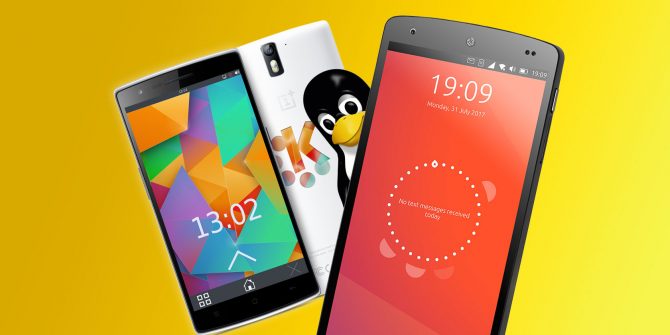 Mobile OS or the operating systems used in smartphones, smartwatches and other mobile devices are the epitome of advancement and progress. These systems are very different from the ones that are found on laptops and desktops. Various companies have different features and different ways of functioning. Android and the iOS are two of the most popular operating systems that are used and preferred. Although Microsoft’s Windows OS had some fans, Android and iOS continue to dominate the markets.

But the market wasn’t always like this. We had multiple operatingsystems with each bringing something unique to the table in terms of functionality, design and features.Today, we look at some of the mobile operating systems that no longer exist.

The many flavours of Linux before Android:

At this moment, almost 81% of the world’s smartphones run on Linux OS, Android being one of the most popular ones of all. However, not all the Linux OS have had a good past, some version of Mobile Linux is no longer in use. Maemo OS is one of those OS.

This open source OS was developed by Nokia, for smartphones and tablets. Like many hand-held devices,this OS featured a home screen, which allows the users to access other applications, a Google Search bar and a menu. This OS projects from Linux kernel, Debian, and GNOME and is based on Debian GNU/Linux. Further more, it draws from GUI, frameworks, and libraries from the GNOME project.

The last known version of the OS in any smartphone was called Maemo 5 which was found on Nokia’s N900 smartphone. However, in 2010, Nokia announced that Maemo was being merged with Moblin OS, another Linux OS, to create MeeGo.

Moblin stands for Mobile Linux was produced by Intel. However, this OS has been discontinued and only surfaced in one smartphone. This OS first featured in the Acer netbooks.LG Electronics chose to use Moblin OS 2.1 for mobile Internet device class smartphone, the LG GW990.

This OS was known to enhance the power management policy, UI framework and other things.

MeeGo is a discontinued Linux version, hosted by the Linux Foundation. This OS made use of the source code obtained from Moblin produced by Intel and by Maemo produced by Nokia.This OS was developed in order to offer a better operating system to the hardware of various appliances, including smartphones.

The best part about this OS was that it offered various kinds of interface options which were termed as user experiences inside the OS.

Depending on the hardware of the smartphone, the users could find applications for their smartphone by making use of Nokia Ovi digital software distribution systems or the Intel App Up. The MeeGo OS was seen in the Nokia N9and N950 models.

Windows for mobiles and phones:

For some years Nokia had favored the Windows OS for their new line of smartphones. However, Windows Mobile phones and software have been permanently discontinued and are not being manufactured anymore.

Nokia Lumia was the brand face of the OS, which featured a different UI and a totally different look than your regular Android phones. Although the Windows OS was aeons ahead of what Apple and regular Android smartphones were offering in terms of smoothness and design, the fact that it joined the race a bit too late did not fare well for Microsoft.

The biggest aspect to Windows success had been that the phones were well-built and had great features along with being priced affordably. However, players such as Vivo, Oppo and Xiaomi killed the game for it. Furthermore, the lack of developer support also had a large part to play in the downfall of the Windows OS. The last version to released was Windows 8.1, which now has been updated to Windows 10. Microsoft has nothing planned for these phones, and there will be no updates in the future.

The other big players:

The Palm OS was one of the most popular OS from the 90s, this OS was found in the PDAs manufactured and marketed by Palm Inc. The now discontinued OS came with an easy to handle OS, which made the use of touchscreens easy. Furthermore, there was a personal suite of applications which allowed the users to manage their personal data.Later versions of the OS were even adapted to work with smartphones.

Although Palm had a lot of things planned, the ideas and the plans simply did not work as they should have. Palm’s marketing for Pre and Pixi were nothing to sneeze at. What’s more is that Palm did not allow developers to develop WebOS applications until too late. So, all in all, Palm’s downfall was just like BlackBerry’s and similar to what happened to Nokia’s Lumia series while they offered great functionality there was always something missing.

There was a time when BlackBerry enjoyed the popularity that Apple’s iPhone enjoys now, but now things have changed, and BlackBerry is a thing of the past now. The BlackBerry OS is a proprietary OS specifically made for the BlackBerry line of smartphones. The OS supported multitasking and was adapted in order to offer away to various features such as trackball, track wheel and touchscreens, as seen more recently.

The success of this giant began with its pagers, seen on the belts of lawyers, doctors and various other kinds of successful people; BlackBerry had made it possible for you to reach just about anybody. Then came BBM, a way to get in touch with everyone.However, when the world was evolving, and Android smartphones along with iPhones began dominating the markets, BlackBerry stuck to what it did. In 2013,BlackBerry did try to enter the game with its touchscreen, BlackBerry 10, butit was already too late.

The BlackBerry name still remains even today but is merely licensed to TCL to making Android-powered devices that are overpriced and just do not have the same appeal as the older BlackBerry’s.

Once the Symbian OS was the king of all OS’. Used by Samsung, Nokia and Motorola, this OS was one of the most popular ones, at one point. Nokia made use of the Symbian OS the most out of all the other brands and rose to prominence in the smartphone market.

However, right about the time, the iPhone came around, Symbian tech started to fall behind. The main attractive component of this OS was the UI, and iPhone had a better, bolder and slicker interface. However, the death of Nokia’s popularity and Symbian OS came slowly with the popularity of Android and iPhones, which were easier to use and had a ton more apps in their app stores.

Android, today is one of the most popular OS alongside iOS. However, the massive popularity enjoyed by these two does not simply stem from the ease use of the OS but also from the support of the developers.

As we just read about the other kinds OS that came around, and are no more, the only drawback was that they joined the race a bit too late or refused to change themselves quickly to adapt to the new generation. By the time Nokia made its come back with Android, or even brought in Microsoft, which offered top-end features seen in no Android or Apple phone, it was too late.

Furthermore, Palm and BlackBerry also decided to jump in a bit too late. By the time the other OS decided to join in, Android and iPhone had developed by leaps and bounds and was out their reach.

1 thought on “Smartphone operating systems over the years”